From The Durham Museum comes the history and stories of Omaha we love.  This is no boring history lesson! Using museum historians and topic experts, explore the fascinating, funny, heartwarming and heartbreaking history of Omaha! Listen to the first five episodes featuring the history of Union Station, Byron Reed, the Photo Archive and much more. Listen to the episodes by clicking the links below or find them on any of your favorite podcast players (search for The Durham Museum Podcast). 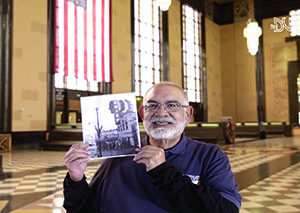 We love to look at old photographs and think about what life was like at a different time. The people, places and scenery. You may or may not know that The Durham Museum houses 1.1 million images of Omaha’s photographic history dating all the way back to the late 1800s. It is the job of Bill Gonzalez to make that history available to the public. Born and raised in South Omaha, Bill has a unique perspective on the city’s history. In this episode, join Bill as he reminiscences about days gone by and learn how you can access our city’s “photo album” for yourself! 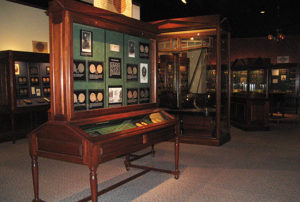 Byron Reed was a man of many professions – land surveyor, real estate agent, and coin collector. He was at the forefront of Omaha’s founding and played a significant role in its history. However, outside the circles of coin collecting, very few people know anything about Byron Reed. In this episode we will delve into the story of Byron Reed, how he made his millions, and explore the hidden gems of his storied collection.

Episode 3 – “A Step Forward for Omaha” 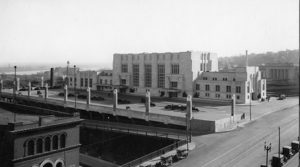 Union Pacific’s gleaming art deco building was state-of-the-art and on the cutting edge of design and fabrication when it opened for passenger service on January 15, 1931. Over 10,000 passengers hustled and bustled their way through Union Station as they traveled across the country. But just 40 years later, the building was the discarded “white elephant” of the city. Explore the history of the station, how it was saved from the wrecking ball and its designation as a true national treasure. 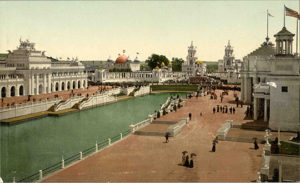 In 1898, over 2 million people trekked to Omaha for the Trans-Mississippi and International Exposition. This was the first such event west of the Missouri River, and visitors saw the very latest in innovation, invention, and artistic expression, not to mention members of 35 native American tribes at the Indian Congress and a special performance of Buffalo Bill’s Wild West Show. But was Omaha as ready to welcome these masses of visitors as it claimed? Join Durham Museum docent, Jean Johnson, as she explores the sights and sounds, successes and misadventures of Omaha’s own “world’s fair.”

Episode 5 – The Mystery of Black Bess 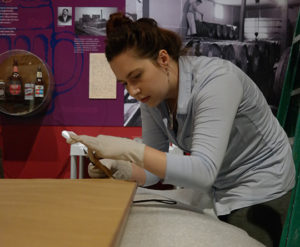 Museums exist to preserve the cultural identity of people and places. The objects in their possession all have stories and sometimes those stories have many twists and turns. In this episode, Durham Collection Facilitator, Haiden Nelson will explore the story of one of these artifacts – a painting known as Black Bess. From tracking down the artist’s identity, to a misidentification as a world-famous artwork, to how it came to the museum, Black Bess’s story involves many of the who’s-who of Omaha history and still has a bit of mystery yet to be solved.