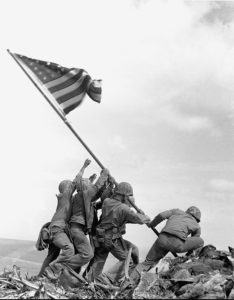 Photographers record the defining moments of our world and our time, capturing history through timeless images of fleeting moments. With the click of a button, vivid imagery documents the pain of poverty, the ecstasy of victory and the triumph of redemption.

This exhibition, the second Pulitzer-themed display to visit The Durham Museum, features more than 80 large-format framed photographs, expanded so that visitors can explore every detail of the gripping images. Each will be accompanied by a label describing the dramatic story of how the photographer captured the moment. Additionally, The Durham Museum will display “Homecoming,” the 1944 Pulitzer Prize-winning photograph by Earl “Buddy” Bunker of the Omaha World-Herald. Interactive touchscreen kiosks explore more recent Pulitzer Prize winners through more than 1,000 images and 15 hours of video interviews with the photographers.

From iconic images like Joe Rosenthal’s 1945 photo of the American flag raising at Iwo Jima, to past and present moments of triumph and tragedy, these unforgettable photographs serve as the world’s eyes to history as it happened.

“PULITZER PRIZE PHOTOGRAPHS” was developed by the Newseum. The Newseum works to increase public understanding of the importance of a free press and the five freedoms of the First Amendment. newseum.org 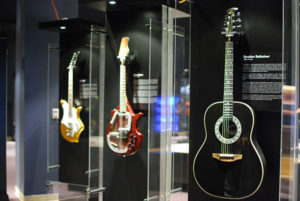 Coming in the summer of 2020, explore the history of the world’s most recognized musical instrument in GUITAR: The Instrument That Rocked The World.  Experience diverse genres of music and discover the science of pitch and tone. Crossing over cultural boundaries, the guitar has made a significant impact on a wide variety of groups from gypsies to cowboys to teenage rebels.

See over 60 guitars and nearly 100 historical artifacts that immerse you in the heart of music. Experience the rush of the world’s most recognized musical instrument through the powerful lens of science. You, too, can play a Guinness Record-breaking 43.5 foot long guitar. Discover how the selection of different materials and strings, fused with electromagnetism and amplification, create an elaborate device that has revolutionized music.

“GUITAR: The Instrument That Rocked The World” is a Touring Exhibition of The National GUITAR Museum. 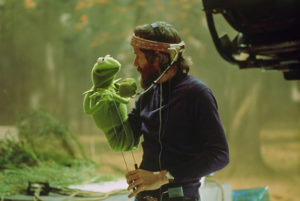 The Jim Henson Exhibition: Imagination Unlimited explores Jim Henson’s groundbreaking work for film and television and his transformative impact on popular culture.  This comprehensive exhibition reveals how Henson and his team of builders, performers, and writers brought to life the enduringly popular worlds of The Muppet Show, Sesame Street, Fraggle Rock, The Dark Crystal, Labyrinth, and much more.  The exhibition features a broad range of artifacts related to Henson’s unparalleled career, including more than 20 puppets, character sketches, storyboards, scripts, photographs, film and television clips, behind-the-scenes footage, iconic costumes, and interactive experiences that allow visitors to try their hand at puppeteering on camera and designing a puppet.

The Jim Henson Exhibition: Imagination Unlimited is a traveling exhibition from Museum of the Moving Image and toured internationally by Flying Fish.