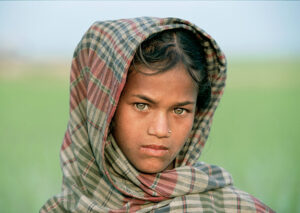 In this powerful exhibit featuring the photography of Howard G. Buffett, 40 photographs document the world hunger crisis as part of a global awareness campaign. Traveling to more than 137 countries, Buffett turned his camera lens on the powerful forces that fuel hunger and poverty. A philanthropist and farmer, Buffett believes that each of us has about 40 chances to accomplish our life goals, just as farmers have about 40 growing seasons to improve their harvests. His photography is a call to action to find lasting solutions to the world hunger crisis.

“40 CHANCES: Finding Hope in a Hungry World” was developed by the Newseum in collaboration with Howard G. Buffett Foundation. The Newseum is an affiliate of the Freedom Forum, whose mission is to foster First Amendment freedoms for all.

Advance reservations are encouraged. Members, your free admission discount is applied near the end of the online registration process.
Need help with your reservation or ticket purchase? Watch our “How To” video or view PDF Instructions. 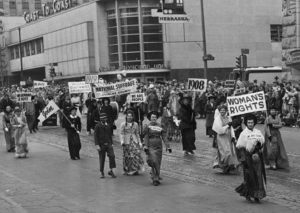 Over 100 years ago, women got the right to vote. The Durham is pleased to present a unique exhibition experience exploring the lasting impact of the 19th Amendment. Beyond the Vote blends iconic images of the past from our partners at the Smithsonian Institution and Library of Congress with original contemporary artwork created by five local artists. The exhibit explores the themes at the heart of the suffrage movement—both for and against—and how those same themes about a woman’s place in the world continue to resonate today. 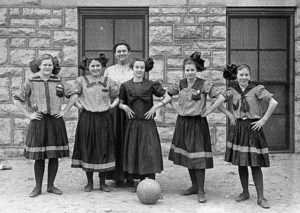 Equal treatment for women in sports is as modern a topic today as it was for women 100 years ago. Concepts of proper lady-like behavior both in actions and dress were present from the early days of female athletics. Using images from The Durham Museum Photo Archive, this exhibit highlights elements of conflicting standards that allowed women to compete in sports if they maintained the appearance of femininity. The selection of images traces changes over time to uniforms and sports women can play while highlighting the long-term conversation about the role of women as athletes.

Beyond the Mysticism: Alchemy’s Descent into Modern Medicine and Science
NOW – March 6, 2022 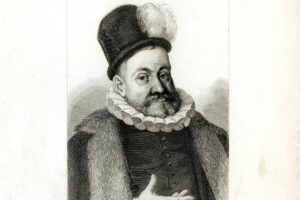 Alchemy traces its roots back to ancient Egypt, but it is still alive today. A common part of life from the 13th century to the early parts of the 19th century, alchemy was both supported and feared by royals in Europe. With alchemy’s decline, practitioners started focusing their efforts into areas of medicine and science, developing theories, tools and techniques that are still in use today. Using objects and documents from the Byron Reed Collection and The Durham Museum’s permanent collection, this exhibit details both the support and opposition of various European monarchs and how their actions influenced the science and medicine we see today.

This exhibition was developed by Durham Museum Intern and University of Montana Ph.D. student, Micaela Connolly.

It’s All in the Family: Positioning Power in the Napoleonic Age
NOW – March 6, 2022 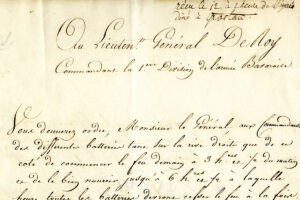 This exhibit examines the lives of four of Napoleon Bonaparte’s closest relatives and how they reached positions of power during his reign as emperor of France. Napoleon made his political appointments based on ability and merit, although, he did not always follow his own guidelines when it came to promotions. As Emperor, Napoleon wished to create a new royal dynasty with his family at the center. However, many of Napoleon’s family members did not possess the same political prowess as he did and did not have as much success in their posts. One document featured in the display was written by Napoleon’s older brother Joseph, who he made King of Naples in 1806. It is one of four letters from the Byron Reed Collection that are on display in this exhibition and written by relatives given political appointments during Napoleon’s reign.

This exhibit was created by Durham Museum Intern and University of Nebraska-Lincoln graduate Anthony Tafolla.